PURIM or FEAST OF LOTS

Today I will break for one day from our Bible Study in Hebrews and talk about the Feast of Lots or what may be better known as Purim.  This is not one of the prescribed Feasts of the Lord found in Leviticus twenty-three.  It is a self-prescribed memorial by the Jewish people of God’s goodness to them.  The Book of Esther is the book of Purim, the supernatural rescue of the Jewish people yet again.  Whether we know it or not, acknowledge it or not, every Christian has had a dramatic rescue (likely many) from the plans of the evil Haman (devil).

This account of the goodness of God to His people, the Jews, takes place about 478 BC.  The Medes and Persians are ruling much of the known world as shown by the map.  The map is courtesy of; www.freebibleimages.org.  The Jewish people are not in the Promised Land but in captivity due to evil leaders.  The leaders can only be evil if the people are evil or not diligent (which is evil), and deceived about the Word of God.  Review this following passage and see the time of Esther and see our time.

Bottom line, they all did wickedly in the sight of God until there was no remedy.  Apparently, a place comes when God’s people will not even consider repentance.  Sadly, brother and sister this is all around us in the Church today.  Back to Purim.  So, Mordechai and his niece Esther end up as captives by the Medes and Persians (yes, Iranians).  This pattern of continual rebelling against God and going into captivity was a recurring theme for Israel.  Do you suppose there is a lesson there for you and me?  Let’s look at how Esther and Mordecai ended up in captivity.

Esther 2:5-7 (ESV)
5 Now there was a Jew in Susa the citadel whose name was Mordecai, the son of Jair, son of Shimei, son of Kish, a Benjaminite,
6 who had been carried away from Jerusalem among the captives carried away with Jeconiah king of Judah, whom Nebuchadnezzar king of Babylon had carried away.
7 He was bringing up Hadassah, that is Esther, the daughter of his uncle, for she had neither father nor mother. The young woman had a beautiful figure and was lovely to look at, and when her father and her mother died, Mordecai took her as his own daughter.

Esther and her uncle, Mordecai, both Jews, are taken captive from Jerusalem to the capital of this empire called Susa (Shushan) by King Ahasuerus.  Iran (Persia) was involved then in this plot to destroy the Jews and remains committed to the extermination of the Jews to this day.  Next, we find a rebellion (feminist movement) by the Queen so she was banished and a new Queen was sought and the King decided on Esther.  In the meantime, a wicked high-ranking official by the name of Haman is plotting to kill all of the Jews because he did not believe Mordecai respected him.  Mordecai brings this news to Esther asking her to intercede with the King which brings us to a commonly quoted passage.  Saints of God, you and I are brought to the Kingdom for such a time as this as well.

Esther 4:13-17 (KJV)
13 Then Mordecai commanded to answer Esther, Think not with thyself that thou shalt escape in the king’s house, more than all the Jews.
14 For if thou altogether holdest thy peace at this time, then shall there enlargement and deliverance arise to the Jews from another place; but thou and thy father’s house shall be destroyed: and who knoweth whether thou art come to the kingdom for such a time as this?
15 Then Esther bade them return Mordecai this answer,
16 Go, gather together all the Jews that are present in Shushan, and fast ye for me, and neither eat nor drink three days, night or day: I also and my maidens will fast likewise; and so will I go in unto the king, which is not according to the law: and if I perish, I perish.
17 So Mordecai went his way, and did according to all that Esther had commanded him.

Through a series of maneuvers Esther brings the true intent and the reality of this plot to kill all the Jews to the attention of her husband, King Ahasuerus.  King Ahasuerus is enraged and has Haman and his ten sons hanged on the gallows Haman intended for Mordecai.  Mordecai was promoted and the order was given that the Jews were free to kill those that had previously sought to kill them.  To make this more pertinent to us today remember that the devil wanted to kill us all but now in Christ Jesus we are free and given to reign and rule over all principalities. Now back to Esther.  Following the exposure and elimination of Haman a great feast was instituted which the Jews celebrate to this day, called Purim.

Esther 9:20-22 (KJV)
20  And Mordecai wrote these things, and sent letters unto all the Jews that were in all the provinces of the king Ahasuerus, both nigh and far,
21  To stablish this among them, that they should keep the fourteenth day of the month Adar, and the fifteenth day of the same, yearly,
22  As the days wherein the Jews rested from their enemies, and the month which was turned unto them from sorrow to joy, and from mourning into a good day: that they should make them days of feasting and joy, and of sending portions one to another, and gifts to the poor.

Our God is faithful.  Think of this in terms of America who has been taken captive due to a multitude of wicked leaders put in place by a wicked people including deceived persons in the Church.  The Church is awakening from its slumber, complacency, and complicity with wickedness.  Many are realizing that Christianity is being eradicated from the public and social fabric of America.  A critical mass of peoples, the Prophets have spoken, our King has heard and the wicked Haman is about to be hanged in America along with all his wicked sons.  The wicked who have plotted against the Christian Church are being taken out of the picture.  A time of celebration is at hand, prepare for the Feast of Pur by the Church whose God is bringing the plans of the wicked and the wicked one to naught.

Until our next publication, I speak blessing into your life right now, receive it in the name of Jesus, confess it, and walk it out with thanksgiving.

PARTNERSHIP AND GIVING – Those of you who are not Partners of this Ministry and you find this ministry to be of value to you and perhaps others with whom you share it, we ask you to consider becoming Partners.  A Partner is one who prays for the Ministry on a regular basis and contributes to the Ministry on a regular basis (monthly, quarterly, annually).  Thank you and may the Lord be pleased with your decision.

Although Dr. Wood was brought up in a Christian home it wasn't until he came to San Antonio that he met and had a personal relationship with the Lord Jesus Christ. Dr. Wood retired from the private practice of Medicine at the end of March 2016 to pursue the leadership of the Lord into another exciting chapter of the good things God has for him. Eastern Gate Ministries International a 501 (c) 3 was established in 2007. Dr. Wood has published extensively, starting The Three Minute Word in September 2013. The focus of this ministry is to exhibit HIS excellence through us with regard to the Christian founding and Covenant nature of our nation, honoring Israel, teaching the Word, and being a Prophetic voice to a broken generation. View all posts by Dr. David R. Wood

To Donate by Check:

Email Three Minute Word through the Contact Button at the Top of the Page or mail your donation to:
Eastern Gate Ministries International
10 Village Green Circle
Oakland, Maine 04963

A WORD IN SEASON

Isaiah 50:4 (KJV)
4 The Lord GOD hath given me the tongue of the learned, that I should know how to speak a word in season to him that is weary: he wakeneth morning by morning, he wakeneth mine ear to hear as the learned.

Isaiah 61:1 (KJV)
1  The Spirit of the Lord GOD is upon me; because the LORD hath anointed me to preach good tidings unto the meek; he hath sent me to bind up the brokenhearted, to proclaim liberty to the captives, and the opening of the prison to them that are bound; 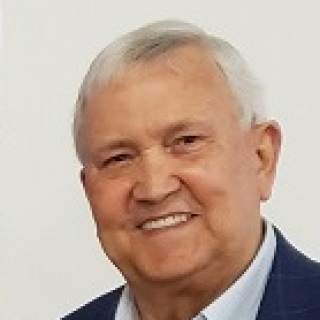 Although Dr. Wood was brought up in a Christian home it wasn't until he came to San Antonio that he met and had a personal relationship with the Lord Jesus Christ. Dr. Wood retired from the private practice of Medicine at the end of March 2016 to pursue the leadership of the Lord into another exciting chapter of the good things God has for him. Eastern Gate Ministries International a 501 (c) 3 was established in 2007. Dr. Wood has published extensively, starting The Three Minute Word in September 2013. The focus of this ministry is to exhibit HIS excellence through us with regard to the Christian founding and Covenant nature of our nation, honoring Israel, teaching the Word, and being a Prophetic voice to a broken generation.